GESTAŞ DENİZ ULAŞIM is an institution that started its activities in August 2006 with the decision to privatize the docks and shipping in the Çanakkale region, from the Turkish Maritime Companies (TDI) to the Çanakkale Special Provincial Administration. Chairman of the Board of Directors, Governor of ÇANAKKALE, Vice Chairman of the Board of Directors, General Secretary of the Special Provincial Administration of Çanakkale. Currently, it has a structure formed by the Managing Director Mahir Sevinç. Although it is actually privatized, it can be considered as a semi-public state when looking at the administration on paper.

Our company is the company of the Çanakkale Special Provincial Administration with a 99.87% stake. It offers service on 6 lines, 15 docks and 21 ships on the Dardanelles Strait, Gökçeada, Bozcaada and Mármara Sur lines.

The fee did not come to mind. Stack fee on ONLINE sales

The only thing that is not required to resolve the transport rate applied by GESTAS is logic. Because the transport fee is an example of total lack of logic. Like the Next Generation University questions. For example, those who want to go to Bozcaada by car pay 150.-TL at the box office, while those who want to go ONLINE pay 250.-TL, the rate increases to 280.-TL depending on the day. Same vehicle, same ferry, same dock, but ONLINE ticket buyers pay 60-75% more. 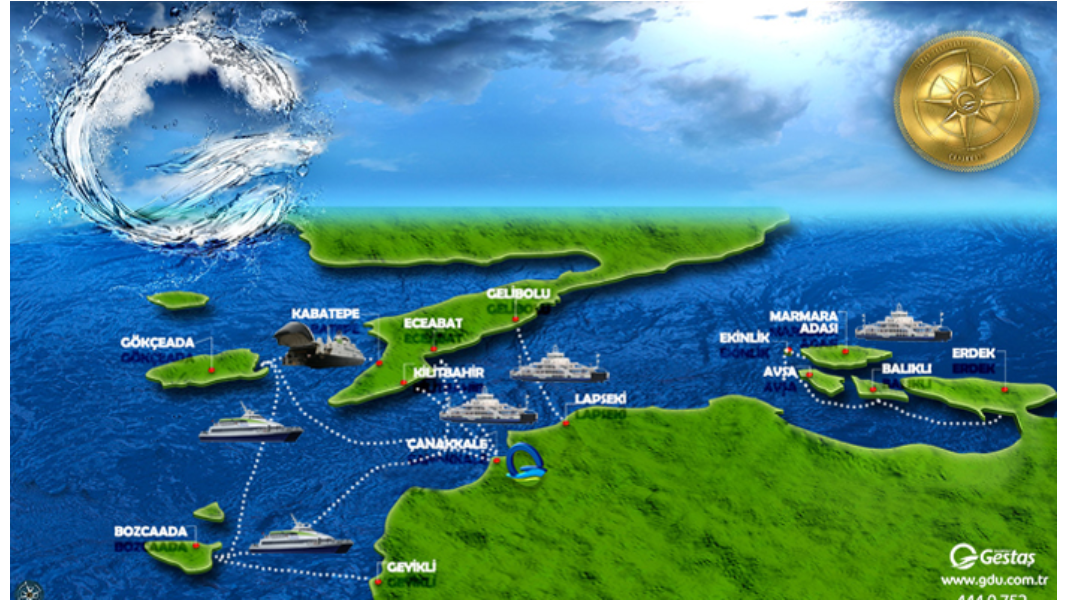 Let’s continue with the Bozcaada example. Suppose you will pass by car. When you say car only, you can’t get on with the ticket buying business. Issue a separate ticket to the driver. (What will a car without a driver look like now?). However, before the transport was transferred to GESTAŞ, no separate tickets were issued for the driver. Anyway, there is no example of a separate ticket for the driver in the world (at least I don’t know, it is not the same example, not to be confused with the RO-RO Expeditions between Italy and Turkey). Let’s add a driver as a passenger, and the toll is 260.-TL (car 250.-TL, driver 10 TL, 07/16/2021 for the same day). 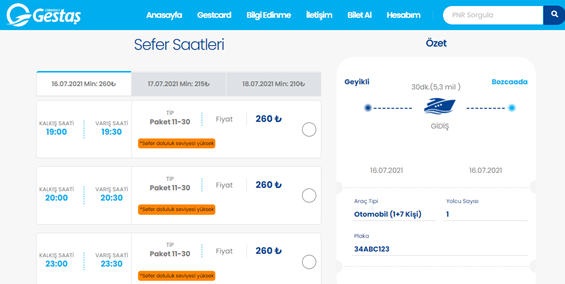 07.18.2021 – When we wanted to buy the same ticket (car + driver) for two days later, the fare price dropped to 220.-TL. Come on, it was like loading first, then unloading. 260.-TL, 280.-TL, 220.-TL became tariffs. It’s like a next-gen college question, although logic questions aren’t being asked much anymore, but good math questions come up. My answer to those who say that there is no brother, are questions of “within life”, new generation questions, I say that would be a very good question. I don’t know if this question will come out or not, but still the problem is not solved, the problem / game is in the continuation.

Those who buy tickets at the box office are surprised

If you’re ready, BONUS questions come. Same ship, same dock, same destination. From Geyikli – Bozcaada. Is the ticket bought at the box office cheaper or more expensive than the ONLINE ticket? In general, ONLINE sales are cheaper, so those who said “ONLINE ferry tickets are also cheaper” lost. Unfortunately, the fee is the exact opposite in this regard. It is cheaper if you buy tickets at the box office and enter. Those who say there is a 5-10 TL difference in this are also wrong. Box office tickets are between 60% and 75% cheaper. Anyway, let’s not get too tired, the same rate (car + driver) is 160.-TL at the box office. 150.-TL is for the car and 10.-TL is for the driver. Ink has not drained, even more proof. We write news with lived experience!

We are waiting for the response of the GESTA rate logic

I am tired of writing. Nor could I understand the logic. Since the Governor of ÇANAKKALE represents the Chairman of the Board of Directors of GESTAŞ, we will be delighted if the Governor of ÇANAKKALE or the GESTAŞ Authorities explain the logic of this fee. Otherwise, we will not be able to solve the brain-burning fee model, we will still not sleep in the summer heat. Joking aside, people feel like a fool. Let me finish the article by writing the funniest part. If you want to go to the dock ticket office and buy a car ticket 5-6 hours before, you cannot get it again. If you want to buy it, the address is ONLINE Ticket!

There is a surprise for those who say that I live on the island in summer, you have a discount card, and I come 2-3 times a year! Your discount card needs to be updated. You can’t do it at the box office either. You must enter the GESTA at Çanakkale Center. Their systems are so digital. It is obvious that there is an understanding that it does not know that there is compulsory education in the country until Lisa finishes, because two years ago, I would never get involved in absurd practices like asking my 13-year-old children for a student certificate. for discount.

Summary Note: At last local election; I didn’t understand it then, when the GESTAŞ representatives toured Bozcaada with the representatives of a political party and told how they would make life easier for the islanders, now I understand. For those who say that there is nothing positive about transportation in Bozcaada. Even though the parking problem continues, the Bozcaada Municipality has made the Çanakkale bus free for Bozcaada residents as required by the Social Municipality. Bravo!

Will financial restructuring be beneficial?